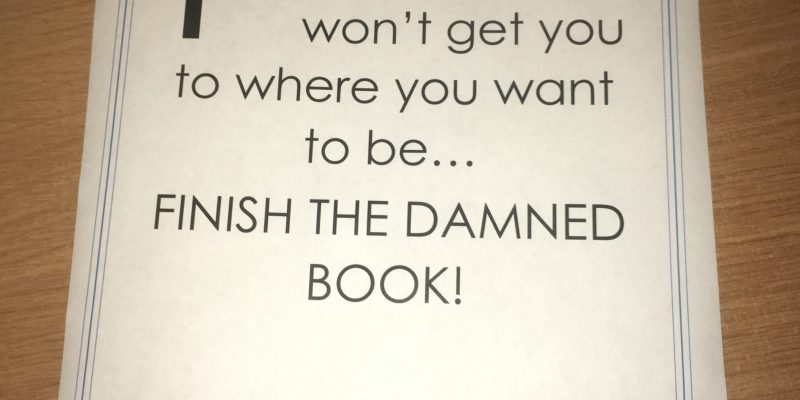 Getting it done.. or Why I have more patience with big name authors

As anyone who reads this knows (all 3 of you haha) I’ve been working on Blood of a Fallen God or #BOAFG (Hashtag powa!) since the beginning of the year. The last book I actually finished was Bridgebreaker back in September of LAST year. Now part of me feels like a bit of a failure in terms of not getting the book I’m working on out yet.  Guilt even.

As I’ve alluded to in the past, this book is a different animal, it’s far larger, and that’s putting it mildly. The first draft is shaping up to be three times the size of the first draft of Bridgefinders. This is also a far more complex book in terms of world building, characters, and plots and subplots. Being my first full stab at epic fantasy, set in a fantasy world that’s very different than our own, I don’t think I fully understood how much more detail I needed to interweave into the story, without delving into the trap of doing four or five pages of description, which no one really likes. Now I have all those descriptions but for me, as notes.

However all of this has done something that has made me rethink some of my past thoughts and criticisms of some of my favorite authors.

I love Game of Thrones. Both the books and the TV show. I enjoy both and don’t take ‘sides’ on the which is better drama. Both are enjoyable for me for what they are, full stop.

I’ll be honest, before tackling this book I had gotten impatient with George RR Martin, really impatient. He’d been working on this next book for years now, how can it take so long?? I mean I’m a less than tiny fish in the book world, but I can push out two books a year! (Self satisfaction is bad stuff.)

Yeah.. Epic or High Fantasy, is.. complicated to write. When you’ve got that many characters, with that much going on, just cross checking to make sure what’s going on over here, makes sense based on what happened six chapters ago with totally different characters gets complex. Then that short conversation two characters had back at the beginning of the book needs to work with something that happens at the end, etc etc.

It’s a web. And as a beginning/struggling/wanna be writer, I’ve already learned the hard way that if you make ANY mistakes there, a reader will find it, and use it to bash you over the head 1001 times, just because they can.

I had the same thoughts back when the late Robert Jordan was writing the Wheel of Time series. Loved the books and was impatient to read the next one.

But here’s my mea culpa, it’s complicated, and can really take up a lot of thought and mental power to keep it all straight even WITH copious notes.

I’m still working on the first draft.. I’m VERY close to done, but not there yet. Finishing does mean just getting it written.. finishing means rewrites, editing, clean up, proofreading, beta reading, another round of clean up and rewrites, cover art, etc. etc.

And THEN I can finally submit to Kindle Scout (Click the link to see what I mean by that..) and hope for the best.

I’m proud of this story.  I think it shows my growth as a writer, and not because of length. But because I think the characters are more alive, the plot is better, and there’s more.. emotional impact peppered through the story to keep the readers interested. I’m really looking forward to the first time someone gives me feedback on it.

I need to finish the damned book!