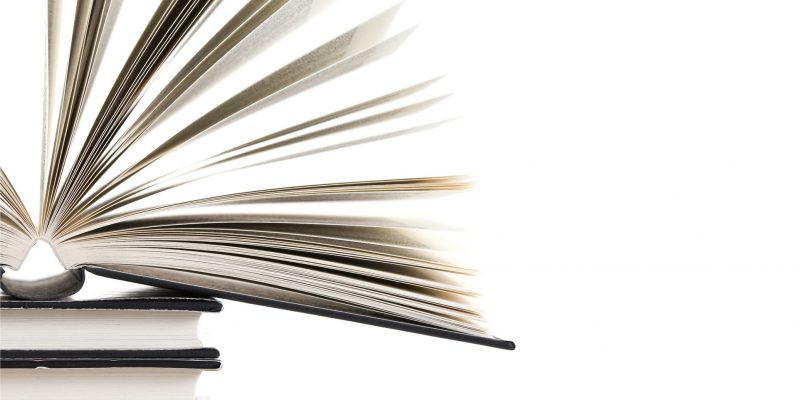 So I’ve decided to post the first 1500 words of something I just started working on. Working title of “Bridgefinders” it’s a fantasy novel set in modern times, or as I was educated recently by someone, it’s “Urban Fantasy” which honestly I didn’t know was a thing. But here without further ado, is the first 1500 words of Bridgefinders. Read, think about, and if you like it, let me know!

“Look Mark, it’s a system. Just a system, like any other system. I don’t need to know what each part does in detail.” Cendan was getting louder on the phone. “Just LISTEN, do what I say, and we will be done with this call in an hour.” One hour later to the minute, Cendan hung up the phone with a loud sigh. Performance up eleven percent, and one paycheck richer.

Cendan felt a bit burned out though. He found dealing with people hard. They weren’t predictable, and they didn’t always behave in logical and predictable ways. Mechanical systems, electronic systems, those were easy. Looking out the window of his home office, Cendan looked at the lush garden below. Heck even a garden was a system. Plants were the easiest living thing to deal with for him. They didn’t throw him curveballs on wants and needs. As a result, he actually rather liked gardening.

Cendan billed himself as a “System Management and Performance Consultant” a fancy sounding title that made the business types nearly giddy. Truth be told it was a good and fairly lucrative carrier. Companies paid him to make systems, regardless of what it was, run better, faster and more efficient. And he was good at it, very good.

Glancing at his cell phone he noted the time, and the fact that he’d had no phone calls or texts in three days. He used this cell for personal things, not work, and it served as a reminder that he wasn’t getting anywhere with trying to have some sort of social or romantic life. It’s not that he didn’t try, he did, and hard. But there always seemed to be a disconnection between what he thought he should be doing, and what the other person wanted him to be doing.

Cendan shook himself and decided to go for a run. Clear his head, then a nice cold shower to really feel refreshed. A small smile crossed his face at the thought. Some dinner, maybe a movie, then sleep. He felt good about the overall plan for rest of the day. Quickly changing, he left his apartment and locked up, jogging away his troubles.

A small shape appeared on his table, and grew to the size of a small dog before stopping. A gnarled figure, with large eyes with blood red irises and a nose too large for its face. It’s most distinguishing feature being the large collection of rings, and metal trinkets strong around its neck on a nearly black with dirt string.

A long sniff and a pause the creature tapped his head. “Grellnot find one who doesn’t KNOW. No keepsakes for Grellnot here. SHE will want him gone before he knows.” The figure sat, it seemed sad now, though its heavy breathing and grunting still gave it an air of danger. “Unless SHE doesn’t know. If they find him, and make him KNOW, then Grellnot gets what he wants, and SHE gets what SHE wants.” A grin split its dirty lined face, showing a row of sharp even teeth, even as it’s tongue licked them.

“Yes… If Grellnot strikes now, only SHE gets to be happy. Not Grellnot. So Grellnot will wait, wait till he KNOWS, then Grellnot gets a shiny for his collection.” The creature stroked the necklace, its motley assortment of rings and keys, watches and other even stranger metal objects softly clinking in the dark kitchen. “Grellnot loves his collection. All those FINDERS pretty toys. All those DELICIOUS meals. Grellnot remembers them ALL.”

The creature started suddenly, its ears before flat against its stringy hair sprung erect, quivering. “Grellnot hears a child…” Its face took on a cast of malice. “Grellnot LOVES to scare children, delicious fear.” And with a pop the creature was gone, leaving only the faint feeling that something not right, something outside this world had been there.

Cendan was he felt one of the few people who understood the interconnection of things. As he ran his mind would grab random objects, and place them in the system of the world, and how they connected to other things around him. He had once tried to explain this to someone who didn’t have the same mindset, they had given him a look of utter confusion and found someone else to talk to.

The main issue with the world to Cendan was that the vast majority of people in the world didn’t understand their connections to it, and how one action causes other actions, and down the line. So many people thought of themselves as an island, self-contained and not connected, not beholden to the rest of the planet for any reason. Cendan knew that was egotistic tripe, but it was depressingly common.

A deep sigh and he decided to sort of shutdown his mind, loose himself in the steady rhythm of his steps as he ran. Steady and regular beats, counting out the distance. This claimed him greatly, when the world was so disorganized and regrettably stupid. He had mostly lost himself to it, when turning the corner near his home, he was presented with the sight of several police cars and an ambulance at the house across from his.

As he looked an officer approached him. “Sir? Do you live in the area?” The man’s badge read his name as Harlan.

“Yes, Officer Harlan? I live right there in fact.” Cendan gestured towards his place, slowly running in place as he talked. “What is going on?”

Officer Harlan glanced over at Cendans house. “Your name sir?”

“Mr. Key, do have a pet? Any animals?” The Officer seemed irritated with him, and Cendan wondered why. Maybe the running in place? Cendan then thought about the question. Animals? “No Officer. I do not. Why?”

“How long have you been out running Mr. Key? Hour? Thirty minutes?” The officer’s face betrayed his annoyance. Cendan decided to stop moving, and saw an immediate reaction towards a more relaxed persona.

“One hour Officer.” Cendan wanted to ask a follow up, but found himself unsure if this would annoy the officer more. People, so hard to deal with he thought to himself again.

“See any wild animals? Feral dogs or cats?” The Officer paused. “Little girl who lives across the street got bit by something, and something not small.”

Cendan raised an eyebrow at this. He didn’t really know the family across the street. He was on nodding terms, half waves but that was it. He interacted with all his neighbors that way. He knew however they had a little girl, no more than seven or eight. Wild animal attacks here? Unusual.

“No Officer, I didn’t see anything like that.” Cendan paused. “Haven’t seen any wild or feral animals in this neighborhood ever actually.”

At that moment the doors to the house where the girl lived opened as the Paramedics carried the little girl out of the house and into the ambulance. Cendan could see her right arm was bandaged up, but blood was starting to seep through.

“It was a little man! Not an animal! A little scary man!” The girl yelled to her frantic looking mother. Cendan couldn’t hear more as the girl was placed in the ambulance and followed by her parent and the doors closing behind them. Soon the ambulance took off with a wail of a siren fading quickly as it moved out of sight.

“Kids. Going to make it hard to find this animal if we can’t even get a good description of it.” Officer Harlan shook his head. “Look, Mr. Key, if you do see a wild animal, feral animal, just let us know ok? Call us or animal control ok? Don’t try to interact with it or capture it yourself. Don’t need anyone else getting bit.”

Cendan just nodded. Dealing with a wild animal wasn’t anywhere he felt comfortable. But why had that girl been screaming that it was a little man?

“Officer? Where was the girl when she got bit?” Cendan asked curious. “Just so I know where to stay away from.”

The Officer paused a moment. “That is the only weird thing. In her house apparently. We searched it high and low, and can’t find it though. Must have escaped somehow.”

Cendan looked at the house in question. How could that happen? It made the most sense of course, logically. But something bothered him on a deeper level, and he couldn’t quite put a finger on it.

Grellnot wiped his face. Tasty screams, tasty blood. Watching from the upper branch of a tree Grellnot smiled. “Stupid men, not looking up. Stupid stupid men thinking Grellnot is an animal. Grellnot is far more than an animal.”

Grellnot tracked the one he found as the man entered his own house. Soon THEY would find him and make him ready. Grellnot would feast then, and SHE would get one step closer to freeing them all.